Character
Gallery
Big Lenny is a large Jellyfish that appears as a drawing in the episode "I'm Your Biggest Fanatic" and ohysically appears in the video game Operation Krabby Patty It's depiction appears in a presentation by Dr. Manowar at the Jellyfish Convention. Dr. Manowar is the only person who was stung by Big Lenny and survived. Despite this, evidence of thebattack is noticeable, as Dr. Manowar has a large sting mark on the side of his face that causes pain when touched, as shown when Patrick touches it.

Big Lenny is depicted as a normal pink jellyfish, but with a large humanoid face with a scowl and large tentacles. 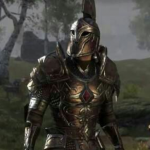